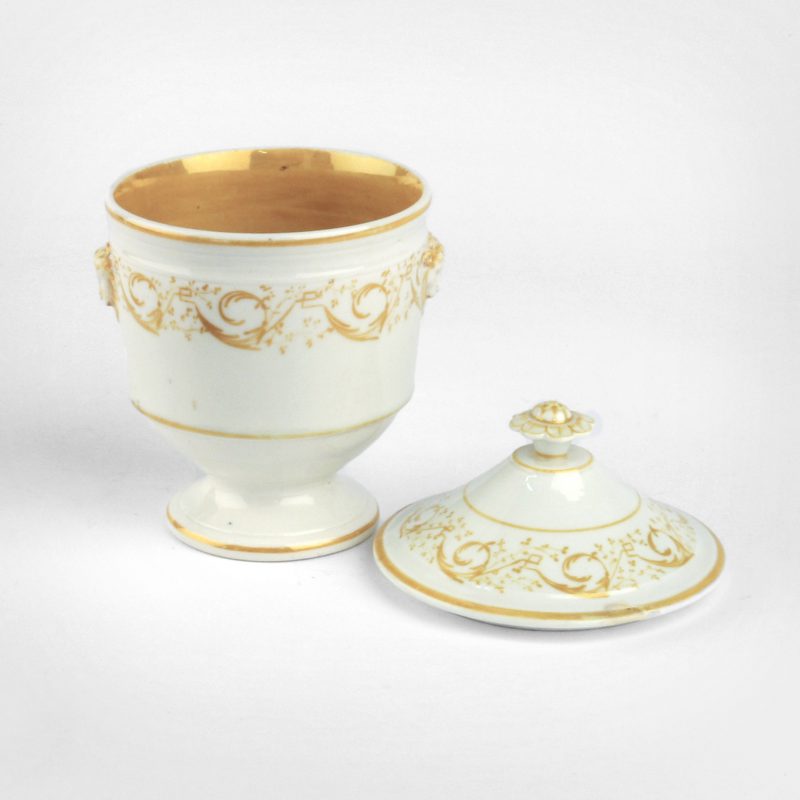 Within the decoration in golden reflection that became popular in the early XIX century, one of the most outstanding ornamental motifs is a cartouche formed by scrolls or scrolls combined with fine floral garlands. East sugar bowl has in the body and the cover two of these borders, which appear also in other pieces of the Torrecid Collection. The decoration is complete with discreet golden profiles and two embossed masks in the container of the sugar bowl.

Mark A painted on the base in the same shade.