Decoration described in the documentation of the time as “trophies”, also called “à la fanfare”. It has a central motif in the solero formed by weapons, a banner and a drum, with a rockery in the foreground. In the wing it they repeat similar elements, alternating more complex sets with rockeries, with other simpler ones (sword, cannonball and drum). 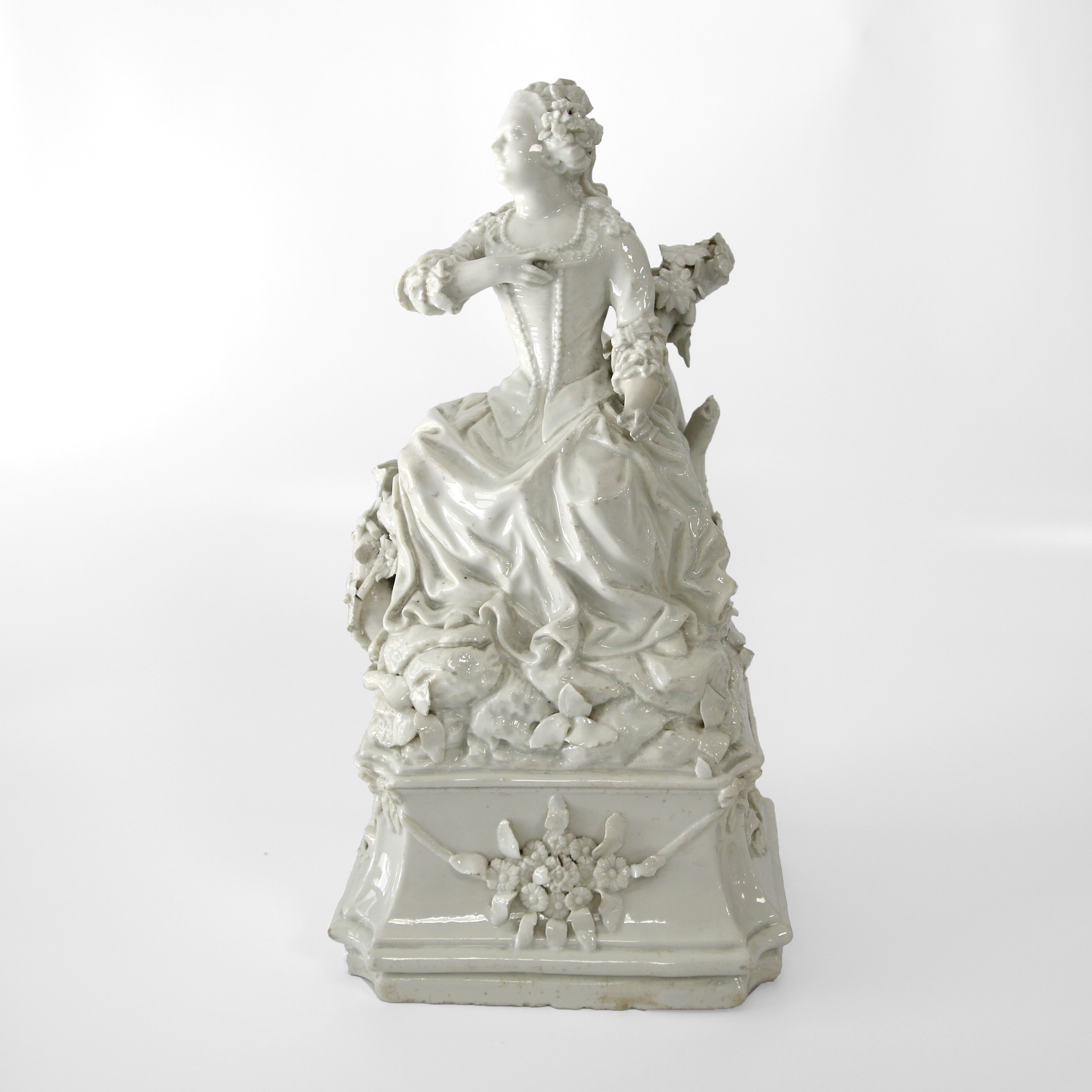 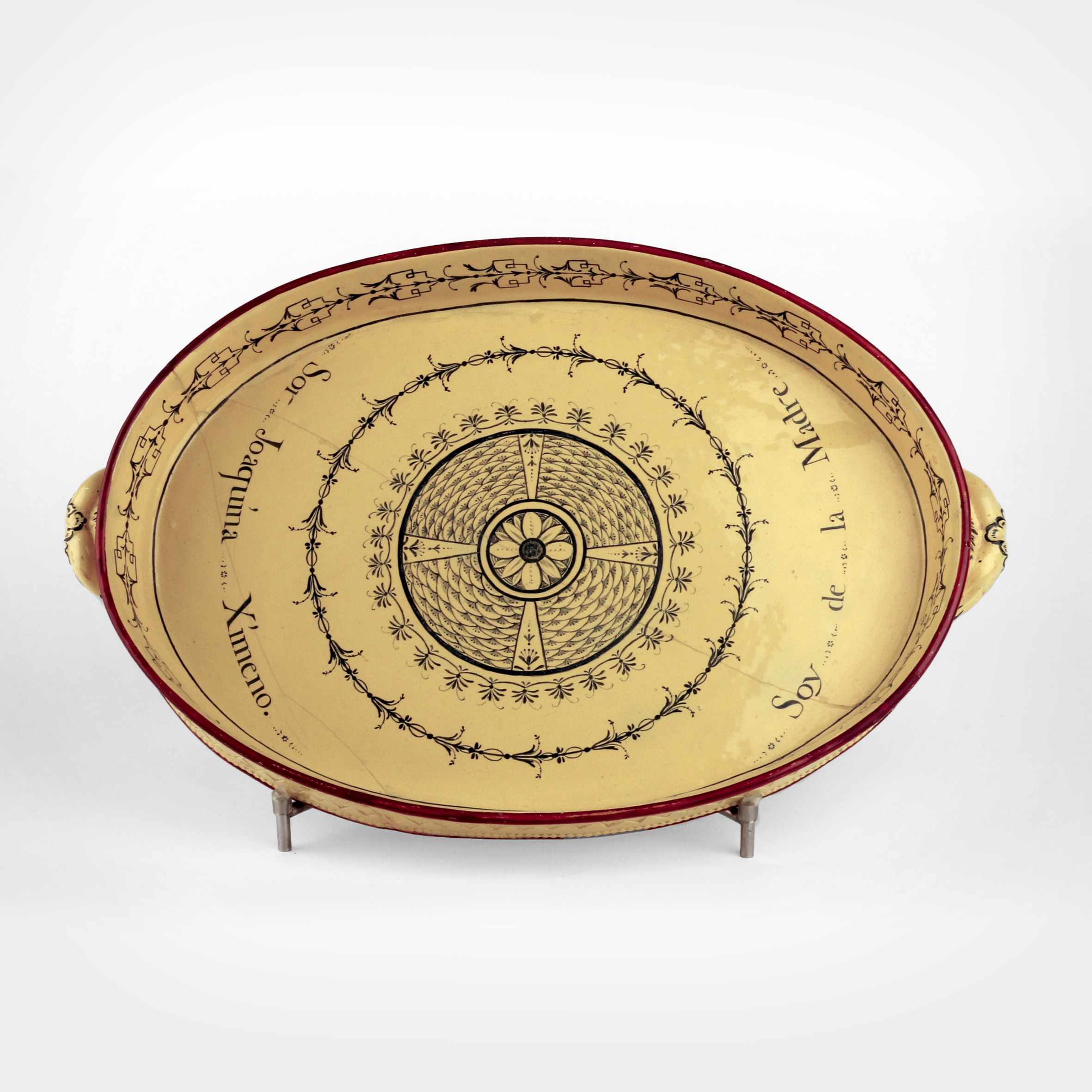 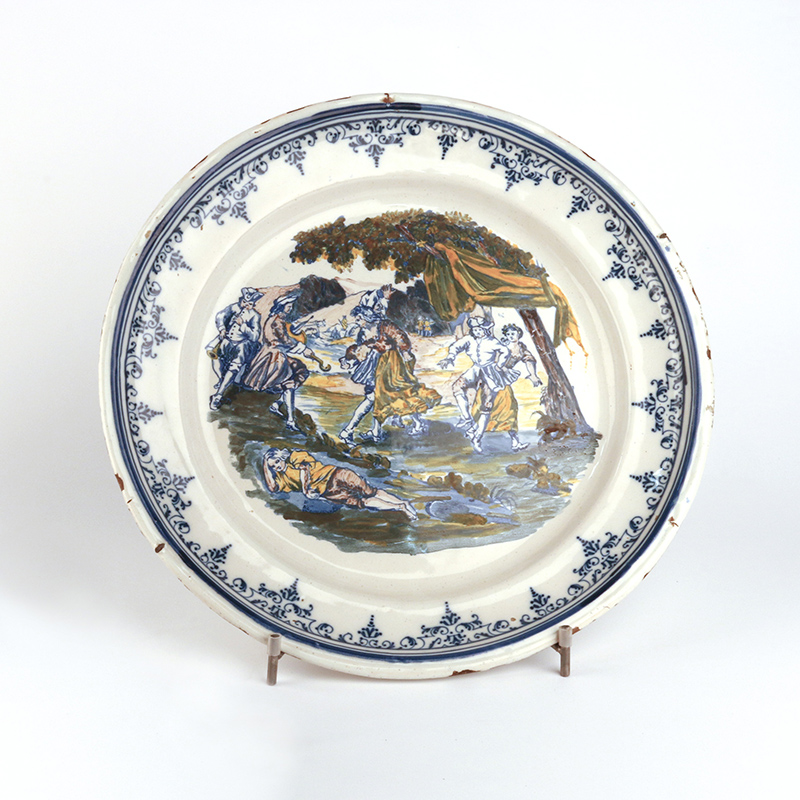 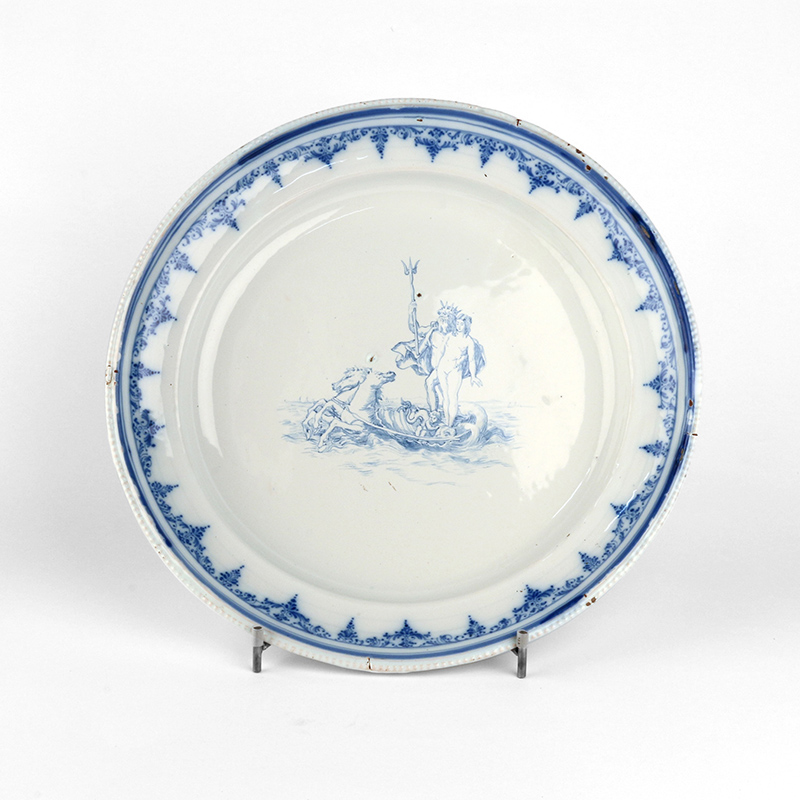 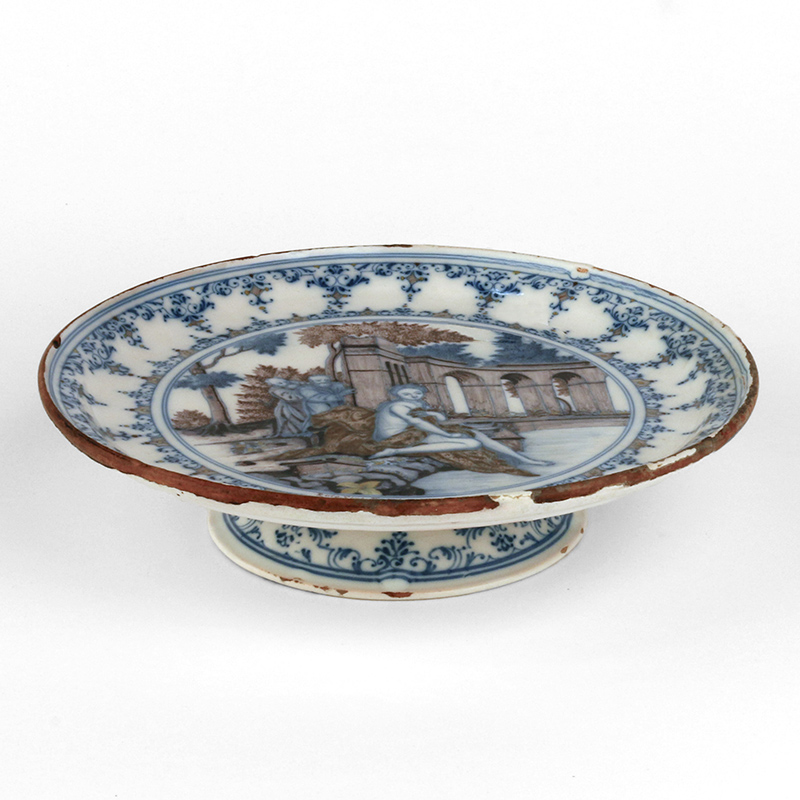 Salver with a scene from Suzanne in the bath